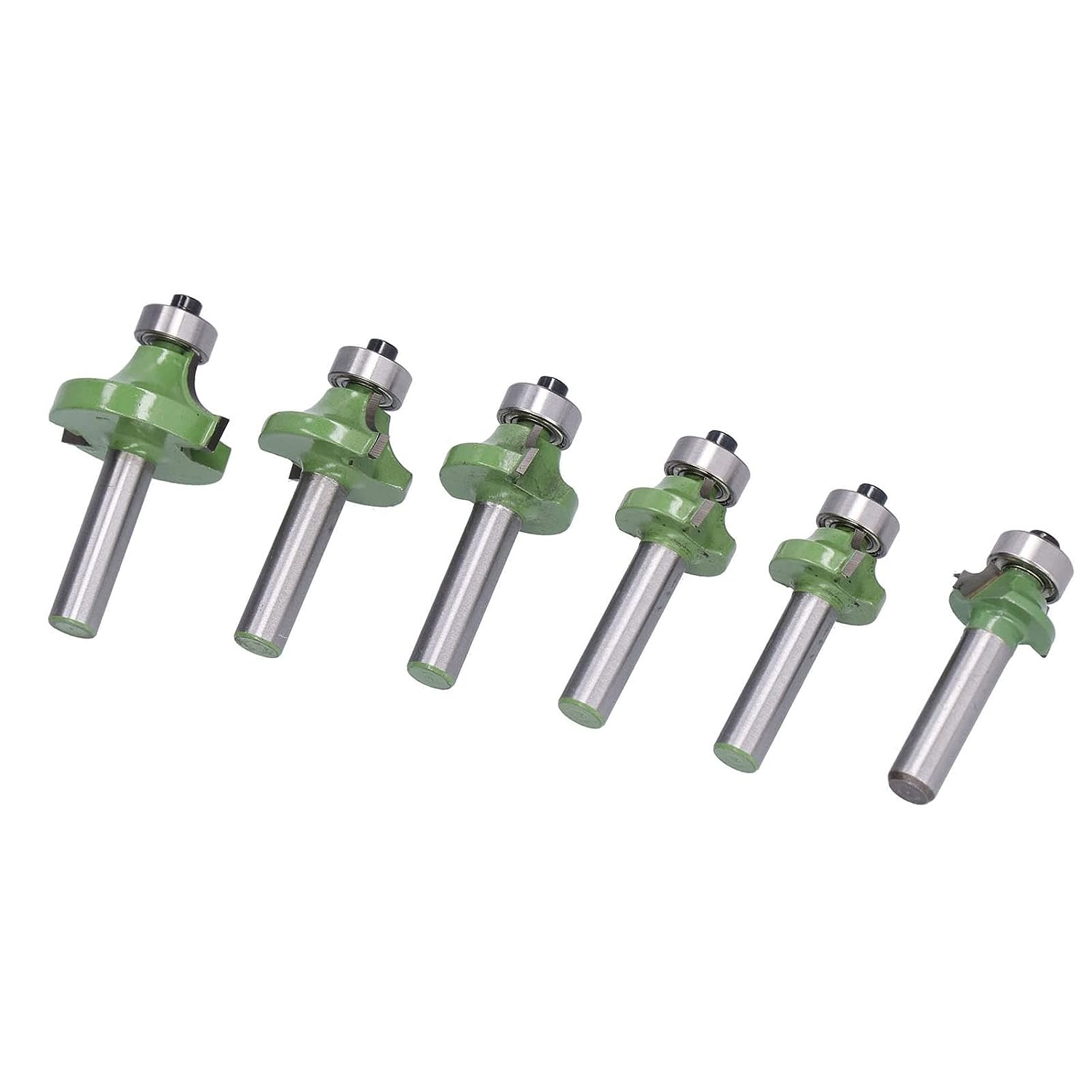 Feature:
1. 6 Different Sizes: There are 6pcs router bits in different specification, meeting your various working needs.
2. Smooth Cutting: With anti backlash design, the router bit can smoothly cut into the material with little chip.
3. High Accuracy: The router bit ensures high accuracy to cut out your design angle with high work efficiency.
4. Cemented Carbide: Forged with premium cemented carbide material, the router bit has excellent durability.
5. Storage Box: Each bit has a box, making both the storage and carrying much easier for your daily working.